Background: A significant proportion of women with breast cancer still develop metastasis within 5 to 10 years of diagnosis. Distant metastasis to the parotid gland is very rare but have been reported from primaries in the lungs, kidneys and breasts. Between 1982 and 2018, the authors are aware of only 22 reported cases in the literature worldwide.
Case presentation: We present the case below of a 62-year-old woman with breast cancer, metastasis to the contralateral parotid gland and paraplegia. The patient refused treatment and eventually discharged herself against medical advice.
Conclusion: A parotid swelling in any patient with a malignancy should prompt the attending doctor to thoroughly assess the patient, preferably assuming it is a metastatic lesion until proven otherwise. Subsequent treatment is basically palliative but should include radiological tumour staging, tumour resection and adjuvant therapy.

Breast cancer is the most common cancer among women worldwide1–3 and is the second leading cause of cancer deaths after cancer of the lungs.1,2,4,5 Despite the fact that remarkable progress has been made in both systemic and loco-regional therapy for breast cancer in the last three decades, a significant proportion of women with breast cancer still develop metastasis within 5 to 10 years of diagnosis.2,5 In Nigeria, presentation with advanced breast cancer is common in patients seeking health care1,4,5 and these patients often present with metastasis to the liver, lungs, bone or brain when they are first seen.1,4,5 This pattern of metastasis is similar to those reported by patients in other countries where presentation with advanced disease is rife.3,6

Salivary gland neoplasms are remarkably rare, constituting 3-4% of head and neck tumours.3,6–9 The parotid gland is the largest of the three major salivary glands located in the head region (the other two being the sublingual and the submandibular glands). Eighty percent of tumours involving this gland are likely to be benign while 20% of such tumours are likely to be malignant.7,10 Such malignant tumours can arise primarily from the parotid itself or be metastatic deposits usually from cutaneous malignancies (squamous cell carcinoma, malignant melanoma) of the scalp as well as other malignant head and neck tumour.7,10 Distant metastasis to the parotid gland are very rare but have been reported from primaries in the lungs, kidneys and breasts.7,11 Between 1982 and 2018, the authors are aware of only 22 reported cases in the literature worldwide.6,8 We present the case below of a 62-year-old woman with breast cancer and metastasis to the contralateral parotid gland.

She was a 62-year-old housewife residing in Dutse, Jigawa State. She was admitted with complaints of painless right breast lump of 3-year duration. She had earlier presented to another hospital 5 months before she was seen at our hospital where incision biopsy was done but the wound failed to heal and the patient defaulted after she was told the result of the biopsy. A week after the biopsy, she noticed painless, slowly growing lumps on the left side of her face as well as on the left parietal region and on the left posterior trunk. Two months before being seen at our hospital, she noticed she was unable to walk after having progressive bilateral lower limb weakness for two weeks. She was a para 10 + 0 woman who was 15 years post-menopausal and had no family history of breast, ovarian or gastrointestinal cancer.

Clinical examination revealed a cachectic pale middle-aged woman with a 6 x 6 cm hard lump in the left parotid region but no underlying skull defect; a 10 x 10 cm hard mass in the left paraspinal region 2cm from the midline and extending from T9 to L1 level; a 20 x 24 cm hard mass in the right breast that was fixed to the skin and Pectoralis major muscle with an overlying 10 x 10 cm ulcer that had destroyed the right nipple-areolar complex and had everted edges, dirty, nodular floor and hard base. She also had hard, matted right axillary nodes and was tachypnoeic, tachycardic with tender, soft, smooth hepatomegaly and ascites. Sensation was preserved in both lower limbs but power in both lower limbs was 1/5.

She was resuscitated and had chest X-ray, thoracolumbar spine X-ray, abdominal ultrasonography. Wedge biopsy of the right breast mass revealed poorly differentiated carcinoma (Figure 1)  which was oestrogen receptor positive, progesterone receptor positive and Human Epidermal Growth Factor Receptor (HER-2 neu) negative. Fine needle aspiration biopsy of the parotid lump revealed a malignant metastatic lesion (Figure 2). She was told the results of the investigations and offered neoadjuvant chemotherapy, right modified radical mastectomy and adjuvant chemotherapy but discharged herself against medical advice and was lost to follow-up. 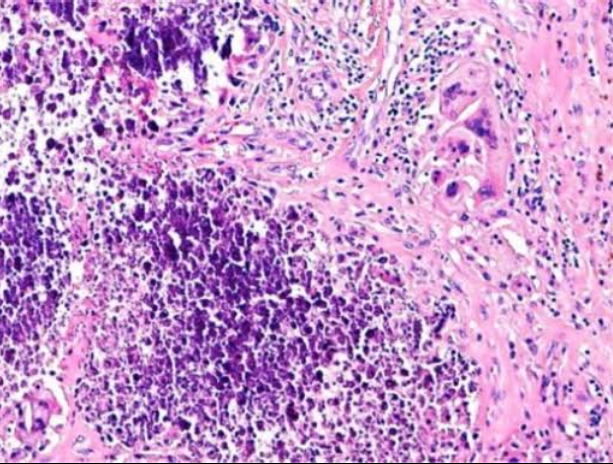 Figure 1: Photomicrograph of the breast lesion 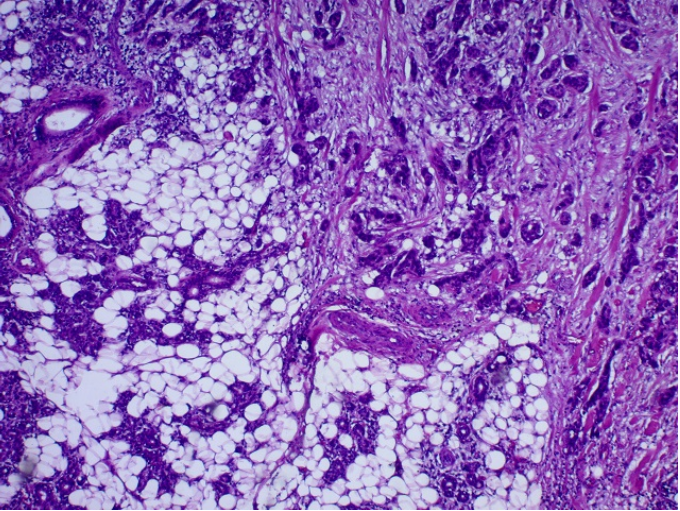 Figure 2: Photomicrograph of the parotid lesion

Available evidence points to the fact that breast cancer is a systemic disease which could present with metastasis to any other part of the body.1,2 Although common documented sites of such metastasis are the liver, lungs, bone and brain, rarer sites are occasionally reported.3,7 Routes of such spread include hematogenous, lymphatic, local invasion and trans coelomic routes.6–8

Metastatic tumours account for 9-14% of all parotid tumours.7,8 The parotid gland is unique in that, apart from being the largest of the major salivary glands, it is the only salivary gland that contains intra-glandular lymph nodes6–9 and this may partly explain its propensity to be a site for metastatic deposits from malignancies which reach the gland via both haematogenous and lymphatic routes.7,8,12 Such malignancies commonly arise from primaries in the head and neck region but infra-clavicular malignancies such as tumours in the breast have been reported to have sent secondaries to the parotid gland.3,8,12 Such secondaries are thought to reach the gland haematogenously via Batson’s paraspinal plexus of veins3,8,10,12 or via lymphatics that drain into the thoracic duct.8,10,12

Fine needle aspiration (FNA) biopsy has been reported to be an invaluable tool in assessing patients with suspected metastatic parotid tumours.3,7,8 It has been noted to have an accuracy of 85% in distinguishing benign from malignant lesions of the parotid gland3,6–8 and can also distinguish metastatic disease from primary neoplasms.7,8 Some authors have suggested that, following FNA confirmation of malignant parotid tumour, PET CT scan be done as this would facilitate staging of the tumour and enable the surgeon to make adequate plans for the intended surgery.6–8

Recommended treatment regimens for patients with parotid metastasis from breast cancer include mastectomy with adjuvant radiotherapy to the mastectomy bed, parotidectomy with negative margins and possibly preservation of the facial nerve, adjuvant chemotherapy, hormonal therapy as well as targeted therapy.3,6–8,10,12 Such treatment is, however, palliative as breast cancer metastasis to the parotid gland is a poor prognostic sign with 5-year survival rates of 10% reported in the literature. Unfortunately, all attempts to convince the index patient to accept treatment proved abortive as she preferred to live out the rest of her days in her house amongst her kinsmen.

A parotid swelling in any patient with a malignancy should prompt the attending doctor to thoroughly assess the patient, preferably assuming it is a metastatic lesion until proven otherwise. Following confirmation of the nature of the lesion, subsequent treatment is basically palliative and should include radiological tumour staging, tumour resection and adjuvant therapy.

The authors declared no conflict of interest.