Historical perspective and classification of disability.

This paper explores the literature on historical perspective and classification of disability. Studies showed that disability has long existed before the evolution of Homo sapiens. It was found that the public perception of disability was attributed to religious beliefs and societal beliefs which influenced the management of people with disabilities till present. However, this perception took a positive turn after prominent individuals had disabilities and scientific methods emerged during the Middle Ages. Despite this increased scientific knowledge, disability was still largely perceived to be a result of incest which led to the sterilization and discrimination of people with disabilities. In response to this, advocacy groups were developed to identify and expose structures in the environment that discriminated against the disabled population. This activism led to the creation of the International Classification of Disability and Health (ICIDH) by the World Health Organization which was later revised into the International Classification of Functioning, Disability, and Health (ICF). Disability can be classified into physical disability, visual disability, hearing disability, mental disability, Intellectual disability, and learning disability. In conclusion, society and individuals need to do more to uphold the rights of people with disabilities.

Disability has existed since prehistoric times among lesser primates, with Monkeys babysitting their disabled young with the support of other members of their group.1 It is noted that such disabled animals may live long lives where food is readily available and predators are absent. Studies have also shown that impairments existed in Neanderthals, long before Homo sapiens evolved.2,3

The biblical perspective on disability is mixed. It is often portrayed as a punishment for disobeying God. Two examples are Leviticus 26:14-16:

“But if you do not obey Me, and do not observe all these commandments, and if you despise My statutes, or if your soul abhors My judgments, so that you do not perform all My commandments, but break My covenant, I also will do this to you: I will even appoint terror over you, wasting disease and fever which shall consume the eyes and cause sorrow of heart… ”

“The eye that mocketh at his father and despiseth to obey his mother, the ravens of the valley shall pick it out, and the young eagles shall eat it”

Conversely, it can be argued that Jesus – the central figure of Christianity – refuted this belief in John 9:3 while responding to his disciples’ allusion that sin was the cause of blindness of the man born blind, referencing instead an opportunity for divine intervention:

‘Jesus answered, “Neither hath this man sinned, nor his parents: but that the works of God should be made manifest in him.”

Impairments were commonplace in ancient Greece and Rome, largely due to the constant wars, malnutrition, comparatively poorer healthcare, and poverty, which limited many from accessing medical care that would have averted impairments. Although the birth of babies with congenital anomalies was seen as a sign that their parents had offended the gods with some of these babies killed, the public perception of disability probably depended on the social standing of the families involved. For example, the Roman Emperor Claudius had several significant birth defects.5 Children born with physical impairment in Sparta may have been killed in a bid to appease the gods, while those born in Athens were more likely to have survived.

Society was kinder to those who became disabled in the course of their lives, and there is evidence of monetary support in ancient Greece for those whose impairments prevented them from working, especially soldiers who had suffered disabling war injuries.6

Poverty was widespread in 13th-century France, England, and Italy with 75% of the population being unable to pay tax.5 Begging was rampant but not limited to the disabled alone. People were not averse to the idea of begging as the prevailing belief was that it was an opportunity for the rich to do good by giving alms. Indeed, it was reported by Farmer7 that family members and friends would on occasion carry people living with disabilities to beg for alms.

Studies also reveal that people were deeply religious in the Middle Ages, and disabilities were believed to be caused by demonic affliction,8,9 leading to disabled persons being exorcised.10 There were attempts to cure the mentally ill using magic and many who were not cured were considered witches and subsequently executed.5 Even physicians attributed the effectiveness of their cures to supernatural forces and saw incurable conditions (including disabilities) as an act of God.11

There was also widespread discrimination against people living with disabilities. For example, those with leprosy were separated from their community and required to ring a bell to warn others of their approach,12,13 a practice rooted in the notion that the disease was highly contagious. Melancholia, a form of mental impairment in which the individual is continually sad, was believed to be caused by an imbalance between the body’s four humors: black and yellow bile, phlegm, and blood.14 Two factors may have contributed to a change in the public perception and management of disability during the middle ages.15 Firstly, plagues occurred more frequently leading to a spike in the number of people living with a disability, and making it an issue of public importance. Secondly, eminent persons like King Charles VI of France, Henry VI of England, Aelred of Rievaulx had a disability. The above factors also coincided with the emergence of the Enlightenment.

The rise in prominence of scientific methods during the Middle Ages led people to question the belief that diseases had spiritual underpinnings, precipitating a radical change in the way the public perceived disability. This led to changes in the treatment of people living with disability and a decline in the frequency of exorcism.16,17

Figure 1: A healthcare facility in the middle ages18

A new concept emerged during the eighteenth and nineteenth centuries. The idea of norms and “eugenics” outlined in Adolphe Quetelet’s “the average man”,19-21 in which it was stated that some features like height and weight could be averaged to get normal values. This resulted to the terms: abnormal, disnormal, and normalcy.22 Individuals with physical disability did not fit these supposed norms and were thus seen as abnormal.

In the 19th century, the disabled were seen as dangerous to the society, featured in comedy shows (Figure 2-3), and were increasingly discriminated against.23,24 Despite increased scientific knowledge, disability was still largely perceived to be a result of incest between first- and second-degree relatives, and a lot of disabled persons were sterilized.25,26

Institutions for disabled persons multiplied along with new methods for teaching the deaf and mentally ill, first in Europe and subsequently across North America. The superintendents of these institutions recorded initial success in curing people with mental illnesses. The facilities soon became overcrowded, stretching their capacity and limiting the effectiveness of treatment, leading many psychiatrists to conclude that mental illnesses were incurable.

Institutions for the intellectually disabled also grew in number in the United States during this time and many children with intellectual disabilities were integrated back into their communities with jobs to fend for themselves after a period of training. However, the recession that accompanied the American Civil War soon made it difficult for trained residents to get jobs. Superintendents resorted to using the residents for unpaid labour in these institutions and the purpose of institutionalization soon evolved from training the residents to get jobs in their communities to use them to sustain the facilities.5 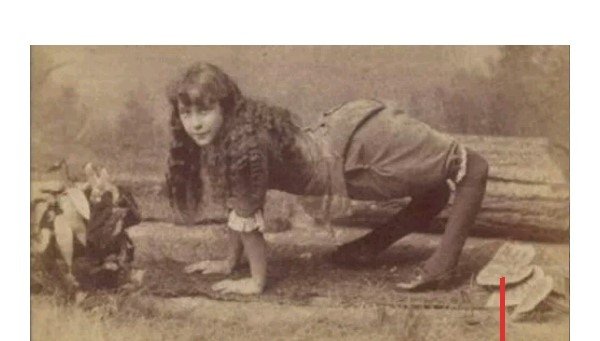 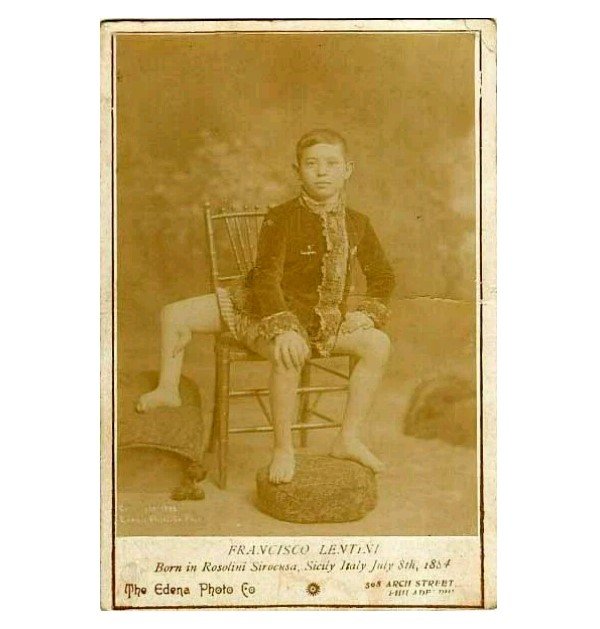 Figure 3: Franciso Lentini during a freak show in the late 19th century28

Many doctors believed that epilepsy and mental impairments in women could be cured by sterilization – despite evidence to the contrary – and that it would prevent them from birthing intellectually disabled babies who would live to become criminals.5

The United States Supreme Court legitimized the sterilization of people living with disabilities in 1927, providing a blueprint with which Nazi Germany enacted a similar law in 1933 sterilising over 300,000 disabled persons.5,29 Worse still, the seeming desire to achieve a perfect human species culminated in the killing of over 200,000 disabled persons in Germany during the second world war. Other nations like Denmark and Sweden also had sterilization programs.

Before long, studies emerged disproving the prevailing thought that disability was somehow linked to criminality and showing that only a small percentage of the intellectually disabled had behavioural disorders.30 These coupled with autobiographies detailing the experiences of mentally ill persons in institutions triggered a wave of advocacy for the rights of the disabled. Advocacy groups identified and exposed structures in the environment that discriminated against the disabled population.31,32 Their activism led to the creation of the International Classification of Disability and Health (ICIDH) by the World Health Organization in 1980. The WHO revised the ICIDH and in 2001 released the International Classification of Functioning, Disability, and Health (ICF) which was approved by all 191 WHO member states.33,34

The United Nations adopted the Convention on the Rights of Persons with Disabilities in 2006 to protect the rights of the disabled.35 The convention is based on principles such as accessibility (ensuring that people with disabilities have access to relevant technology and facilities), non-discrimination, and equal opportunities essentially affirming that people with disabilities should enjoy the same privileges as non-disabled persons. 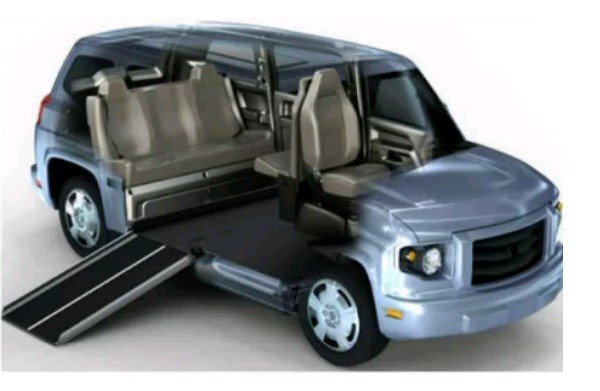 Figure 4: A car accessible to individuals with mobility disability37 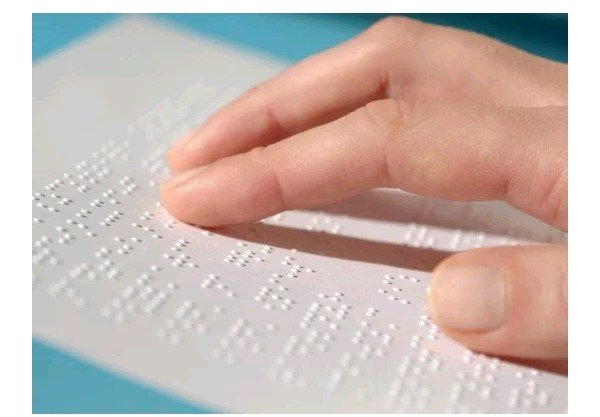 Figure 5: Braille for use by people with visual disability38

Fifteen percent of the global population is living with some form of disability.39 Disability is generally classified into the following groups:40-42

Some of the problems identified in history, such as stigmatisation, lack of proper awareness, maltreatment of people with disabilities, still exist today.55 Therefore, it is recommended that there should be more awareness campaigns and advocacies by governmental and non-governmental organisations respectively, about the different types of disabilities to refute cultural and religious beliefs that spur stigmatisation of people with disabilities.55

Also, more disability studies should be conducted by African researchers to provide statistics and evidence-based methods for the effective implementation of disability policies in African countries.56

Finally, people with disabilities should be managed comprehensively. Apart from the physical treatment they undergo, psychosocial support should be included in their treatment regimen to promote holistic recovery.57,58

In this article, the authors have attempted to summarise the history and classification of disability highlighting the changing public perception of disability and the disabled. Although we have come a long way, the society and individuals need to do more to uphold the rights of people with disabilities.