Mentoring: a survey of Resident Doctors in a developing Country.

Mentoring had long been practiced from time immemorial, and it has been recognized as a tool to success in different professions.1 In both undergraduate and postgraduate education, it is a method of transfer of knowledge.2,3 Worldwide, medicine is an elite profession with much prestige attached to it.4 Hence, mentoring has been commonly practiced.1

There are other terms interwoven with mentoring, these are coaching and tutoring.1 Mentoring is important for capacity development.5 Therefore, mentoring is necessary for the advancement of medical career of both medical students and doctors of different cadres, that is resident doctors, medical officers, consultants and doctors in academia.1 The process of mentoring involves an experienced person with more knowledge and skill referred to as the mentor who guides, directs, teaches, counsels, impacts and transfers skills and knowledge to a less experienced person known as the mentee.3,6,7

There are basically two types of mentoring systems known as formal and informal mentoring. Sometimes mentoring is done individually and other times a mentor mentors a group of persons.3

Mentoring is important in medicine to act as career guidance, counselling, psychosocial support, friendship, career improvement and development of clinical skills. It also enhances interest in less attractive and popular medical subspecialties and specialties, bridges the gap of hierarchy, discussion of sensitive issues and challenges, management of professional and personal development with little or no stress, increases job satisfaction, better and safer clinical care and better clinical skills.2,4,7-9,11 Many scholars have suggested that the career of a mentee is highly influenced by a committed mentor-mentee relationship.4 This is a research on academic mentoring of resident doctors in two Nigerian residency training centres.

Several studies have been conducted on mentoring in medicine of both medical students and doctors. Despite this, there is still paucity of data on mentoring in medicine in Nigeria. In Northern India, mentoring of medical students in their first year in private schools was studied. The result showed that mentees benefited from the mentoring programme as they had career advancement, enhanced research interest and better academic performance.12 In this study, the mentors were not also left out as they had better teaching skills, job satisfaction and personal development.

In another study on mentoring of medical students, they found out that medical students in their first year had problems getting adapted to medical school and making choice of specialty, hence they noticed that the mentoring programme guided the military leaders in their career in medicine and military.13 Mentoring is useful for increasing the number of skilled health workers, but it can also be strategic for addressing capacity building challenges among health care workers within developing countries.5

In a randomized control trial of peer mentoring of junior doctors, mentoring enhanced their clinical skills.10 Olayemi et al studied mentoring of resident doctors at a teaching hospital in Ghana; only 39.3% of the resident doctors had mentors. For the study participants without mentors, 82.8% felt that having mentors was important.9 Okereke et al studied mentoring among healthcare professionals in Jigawa State, Nigeria. This study revealed that the number of skilled healthcare professionals increased as they were mentored.14

This is a cross-sectional descriptive study conducted in two tertiary hospitals in Nigeria. It was done using a semi-structured questionnaire divided into three sections. Section A consisted of four questions related to social demographics which include age, sex, cadre of doctor and department. Section B consisted of two questions investigating the time the respondent chose medical specialty and when the residency primary examination in any of the postgraduate medical colleges in Nigeria or West Africa was written. The primary examination of the postgraduate medical colleges in Nigeria is the qualifying examination to commence residency training.

In Nigeria, the residency primary examination is sometimes written more than once before being successful. Section C consisted of eight structured questions and three open-ended questions that are related to the reasons for having a mentor, having a formal hospital mentoring system, adequacy of meeting with their mentor, advantages and disadvantages of mentoring of resident doctors. The research participants are resident doctors at different stages of their residency training which are interns, registrars and senior registrars. Resident doctors are also known as junior doctors.

Interns are also known as house-officers. Internship is compulsory for any medical and dental graduate after graduation from medical or dental school. After graduation from a tertiary institution, every Nigerian graduate below the age of 30 years proceeds on a one-year service outside his or her state of origin. This is known as the National Youth Service Corps (NYSC). Once a doctorr commences residency training in Nigeria, he or she is known as a registrar. Success at the primary examination qualifies a doctor to commence the residency training programme. Depending on the training centre and medical specialty, success in the primary examination may not be required before employing resident doctors.

The number of resident doctors that participated in this study was 142. Table I shows the social demographics of the respondents. Table 2 shows time of writing primary examination and choosing specialty.

Most of the respondents wrote their primaries during NYSC 41 (28.9%) and chose their specialty while in medical school 49 (34.5%).

Table 3: Distribution of response to questions related to mentoring among doctors that have mentors 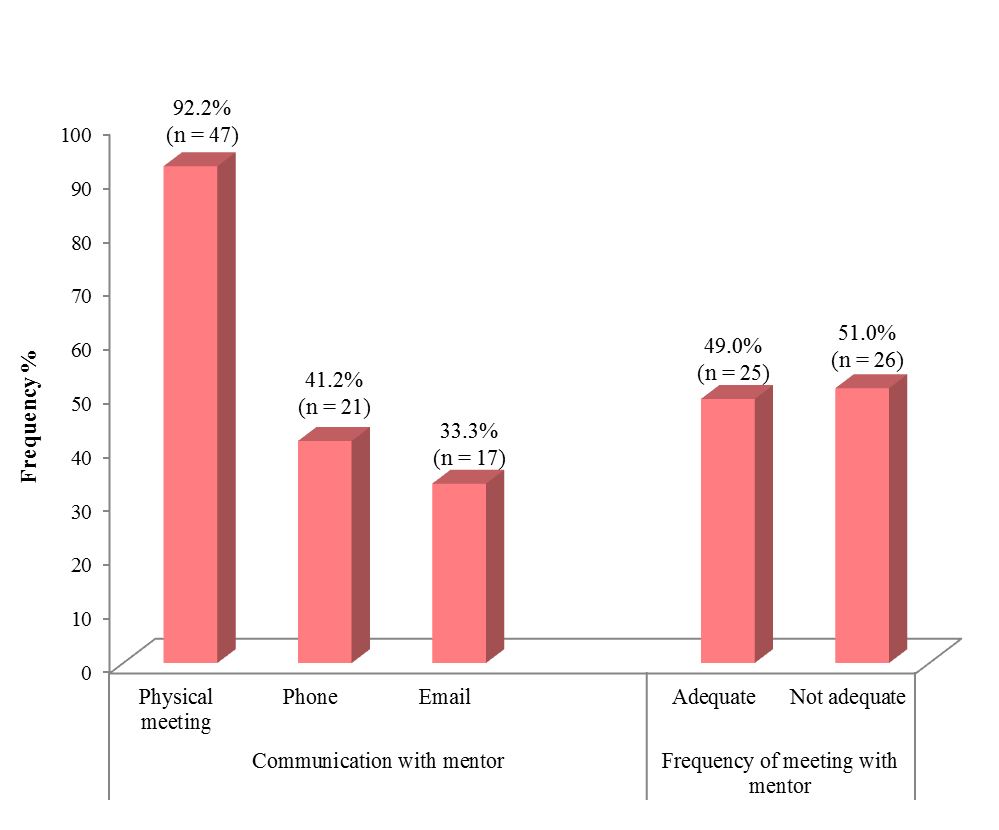 Figure 1: Communication with mentor and frequency of meeting with mentor

The reasons for wishing to switch to another mentor are mentors deficient in carrying out mentoring duties and mentor being inaccessible. Concerning if there are any benefits of having a mentor during their residency training, 129 (90.8%) said they yes and 13 (9.2%) said no. About 121 (85.2%) of the respondents agreed that it was necessary to have a formal mentoring system during the residency training, while 19 (13.4%) disagreed. About 2 (1.4%) respondents did not specify their choices.

The respondents gave a wide range of responses on the benefits/advantages of mentoring (Table 5).

Table 6: Distribution of response to questions on choosing a mentor among doctors that have no mentor and wish to have one

Mentoring plays various roles in the medical training of medical students and resident doctors. This was seen in this study as the respondents gave some benefits and importance of mentoring. This is supported by Andrades et al who opined that mentoring enhances personal and professional growth.2 Some previous studies suggest that a formal structured mentoring system should be established in all medical schools and where doctors work.4 In this study residents without mentors desired to have one.

There have been a lot of changes, innovations and advances in both undergraduate and postgraduate medical education, and mentoring is one of them. Majority of the residents studied did not have a mentor; this corresponds to a study by Lau et al on mentorship in postgraduate psychiatry residents of a Canadian university where majority of the studied residents did not have a mentor also.15

Since various studies have highlighted benefits of mentoring, it is necessary that there is training for both mentors and mentees to foster effective mentoring system.16 The mentoring system should also be developed to meet international standards.1 Mentoring helps medical students in the transmission from being a medical student to a qualified medical doctor.13

Mentoring is a coaching system in which knowledge is transferred from the mentor to the mentee. There is need for a formal mentoring system to be established to enhance the residency training, and also to improve clinical skills as resident doctors are future consultants who will in turn train other doctors to become consultants.